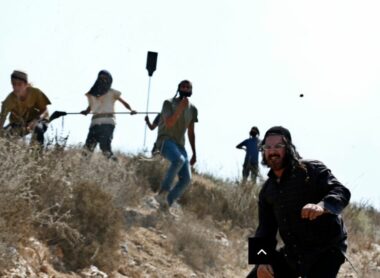 He added that the attack, on the main road leading to Tulkarem, caused damage to many Palestinian cars.

In related news, dozens of colonists gathered near the main junction of the illegal Gush Etzion settlement block, and the al-Freidis village, south and east of Bethlehem, south of occupied Jerusalem, and closed the roads to Palestinian traffic.

Eyewitnesses said Israeli soldiers stood and watched while the colonists closed the roads, carried Israeli flags and posters, in addition to chanting racist slurs against the Palestinians.