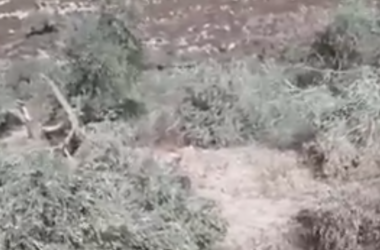 Daghlas added that, a month ago, the colonists invaded the same area and uprooted more than 50 olive trees.

The attacks are part of the numerous violations by the colonists targeting the residents, their homes and lands, in several parts of the occupied West Bank.