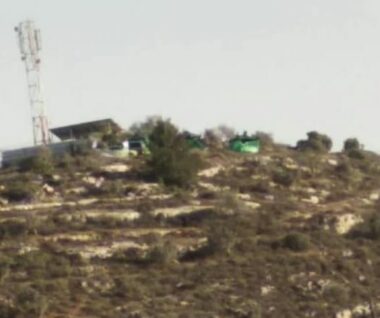 Obayya stated that the colonists installed seven tents and mobile homes on the top of the al-Qarna mountain, in the eastern part of the village, and raised Israeli flags around the new illegal outpost.

He added that the area, which contains Palestinian olive orchards, faces the Tapuach Israeli colony, which was illegally built on private Palestinian lands.