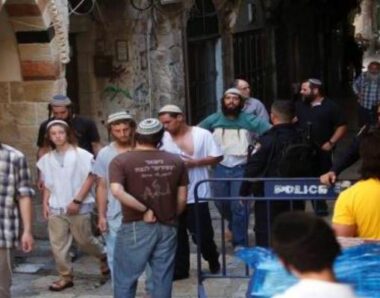 Israeli colonialist settlers threatened, Monday, to kill a Palestinian teenage boy shortly after his release from an Israeli interrogation facility.

The colonists used social media to threaten the Palestinian teen, identified as Ahmad Abu Khdeir, 17, from Shu’fat town, in Jerusalem, who was abducted by the soldiers three days earlier.

Media sources said Abu Khdeir was assaulted and injured by the soldiers when they abducted him, reportedly after he published a video on Tik Tok in which he slaps an Israeli colonialist settler who was harassing him in the light rail, in Jerusalem.

The Palestinian was interrogated and detained at a facility in occupied Jerusalem, and was released, Monday, before the colonists posted the social media post threatening to kill him, the WAFA Palestinian News & Info Agency said.