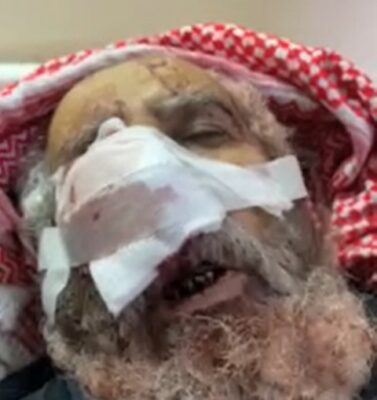 They added that the elderly man suffered fractures in addition to various cuts and bruises before he was rushed to the al-Ahli hospital in Hebron city.

The Palestinian was injured when the colonizers assaulted him and several other residents in the al-Kanoub area in Kisan.

In related news, dozens of colonizers gathered on intersections, east of Bethlehem city, and on lands owned by the local al-Arouj family in Teqoua’ town, east of Bethlehem, before Israeli soldiers invaded the town, stormed, and ransacked shops, and confiscated surveillance recordings.

On Tuesday afternoon, Israeli forces assassinated three Palestinian young men and abducted another in the northern occupied West Bank city of Nablus, according to local sources.