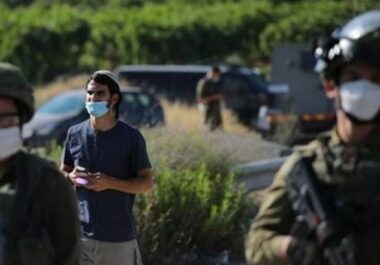 Illegal Israeli colonizers attacked, on Monday evening, a Palestinian family in their lands in Kafr ed-Deek town, west of Salfit in the central West Bank.

The colonizers attacked Najeh Harb and his family on their land in the Khallet al-Qameh area and forced them to leave while threatening to shoot them if they returned to their lands.

The colonizers also broke into two agricultural sheds and tried to assault many Palestinians.

Abdullah Kamil, the governor of Salfit, called on the Palestinians to remain steadfast on their lands and to foil the constant attempts of the illegal colonizers to confiscate their lands to build and expand their colonies.

Kamil described the escalation of Israeli violations as “organized terrorism” against the Palestinians, their homes, lands, and holy sites.