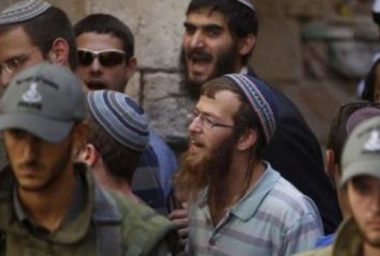 On Saturday evening, a group of Israeli colonizers, illegally living in colonies in Silwan town, south of the Al-Aqsa Mosque, in occupied East Jerusalem, attacked many Palestinian children in Batn al-Hawa neighborhood.

Eyewitnesses said the assailants attacked many children near an illegal colonialist outpost in the town.

The children were playing when the colonialists assaulted them, before many residents rushed to their aid, leading to clashes.

Israeli soldiers then rushed to the area and started firing gas bombs and concussion grenades at the Palestinians and their homes.

The army also summoned for interrogation Zoheir Rajabi, who represents the Palestinians in the neighborhood.

In is worth mentioning that Silwan town, especially Batn al-Hawa neighborhood, is subject to constant attempts by heavily-funded colonialist organizations to control its building and increase the settler population.

The groups managed to occupy and control several buildings, and turned them into colonies, an issue which placed further hardships and obstacles to the Palestinians.

Also Saturday, dozens of Israeli colonizers invaded the at-Tiwana village, near Yatta, south of Hebron, and hurled stones at the residents while the soldiers started firing gas at the Palestinians.