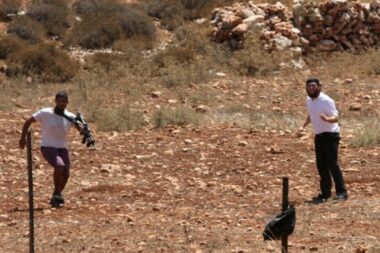 He added that the attack took place in an area southeast of the village, where the colonizers hurled stones at the shepherds and threatened to shoot them if they did not leave the area, leading to a scuffle before the colonizers left.

The area has been subject to frequent violations against the Palestinian farmers and shepherds, including uprooting lands, releasing dogs to chase the Palestinians, and even briefly detaining and assaulting them.