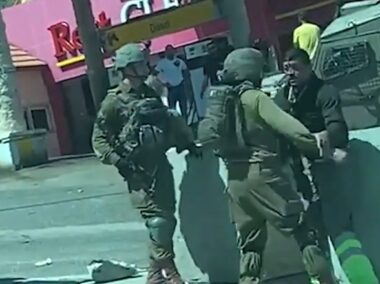 Israeli soldiers abducted a teenage boy near the al-Aqsa Mosque and injured a man in Hizma town, in occupied Jerusalem on the West Bank.

They added that the soldiers stopped and interrogated many Palestinians before forcing them to leave the area.

In addition, the Quds News Agency said the soldiers assaulted and injured a Palestinian man on the Hizma road, northeast of Jerusalem.

The Palestinian was driving a truck before the soldiers stopped him and forced him to step out and started beating him up, causing wounds to several parts of his body, including the head.

The soldiers also installed a roadblock and started firing live rounds in the air to force the Palestinians away.