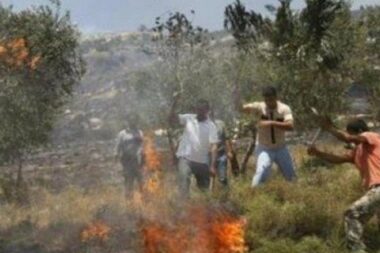 Daghlas added that the colonizers set dozens of olive trees ablaze, while Israeli soldiers were heavily deployed in the area.

While such attacks and violations are frequent, they witness a serious escalation during the olive harvest season.

In related news, the colonizers attacked Palestinian shepherds east of Khirbat Makhoul village, in the Northern Plains of the occupied West Bank.