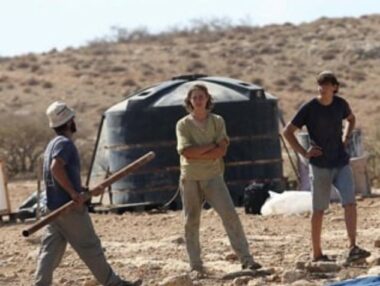 Israeli colonizers, illegally squatting on Palestinian lands, cut more than 45 Palestinian olive trees and destroyed a well, Saturday, near Nablus, in the northern part of the occupied West Bank.

Daghlas added that the attack is not the first as the colonizers frequently invade Palestinian farmlands and orchards, before cutting and uprooting trees, in addition to attacking the Palestinians and their homes.

In related news, a group of colonizers, also from Yitzhar, destroyed a Palestinian water well, used by the farmers in the Be’er an-Nabe’ as-Sofly area Madama village, south of Nablus.

The well was an essential source of water to the farmers, especially since Israel keeps cutting water supplies to ensure a constant flow of water to the illegal colonies.