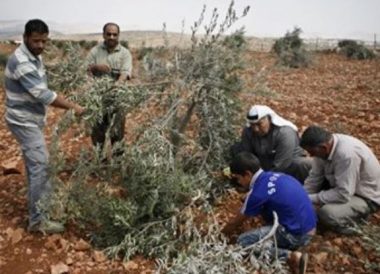 Hasan Breijiyya, the coordinator of the Popular Committee against the Annexation Wall and Colonies in Bethlehem, said the colonizers cut 25 Peach trees, and 35 grapevines, owned by a local farmer, identified as Salah Shahin.

Breijiyya stated that this is the second attack targeting the same area this week alone, and added that the area is frequently targeted by the colonizers, and the army, in an attempt to expand the existing illegal colonies.