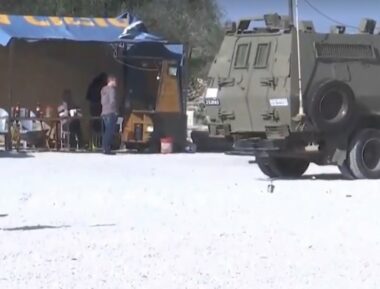 Mohammad Azem, the mayor of Sebastia, stated that more than 50 colonizers and many soldiers invaded the site.

He added that the soldiers closed all surrounding areas, including many roads, seriously restricting the freedom of movement to the Palestinians.