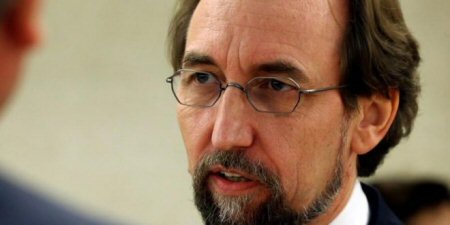 130 Israeli companies and 60 international companies operating in Israel have received warning letters signed by the United Nations High Commissioner for Human Rights, Zaid bin Ra’ad al-Hussein where they were warned against the possibility of including them in the UN “blacklist”, that includes companies operating in illegal settlements built on the occupied West Bank, which violate international law and are contrary to United Nations resolutions.

The blacklist includes 25 well-known Israeli companies, some of them working in the field of food, and others in the provision of services, the production of medicines, and even some in hi-tech. Those companies share the fact that they are active in the illegal settlements and in occupied Jerusalem and the Jordan Valley.

These companies are working on how to respond to the warning messages, and some of them threaten to launch a counter-attack under the pretext that the inclusion in the list may harm them economically, and affects their reputation. Some companies are also considering filing lawsuits against the United Nations commissioner and the UN Human Rights Council.

The report noted, according to the PNN, that Israel and the United States have been working behind the scenes in recent weeks to prevent the publication of the black list, but it is estimated that the list is already complete.

Although there are no effective or judicial aspects of the blacklist, it is a concern for the Israeli Foreign Ministry, as it is a support for the BDS efforts, like discouraging foreign investors, and pushing foreign companies to reduce their business in the region. Senior Israeli officials said the Israeli fear of divestment or scaled-down business due to the blacklist is already becoming a reality. The Economy Ministry’s Office of Strategic Affairs has received information regarding a number of letter-receiving companies that have responded to the human rights commissioner by saying they do not intend to renew contracts or sign new ones in Israel., according to Haaretz.

An Israeli official warned that the black list could push investment companies or pension funds with shares in different companies to refuse to invest with those listed, which could eventually lead to economic damage to Israel.

AIPAC, a pro-Israel organization in the United States, has been working in recent weeks to push for a quick congressional bill that states that every company that reports on its work with Israel is subject to Arab boycotts, thereby committing a criminal offense under US law.