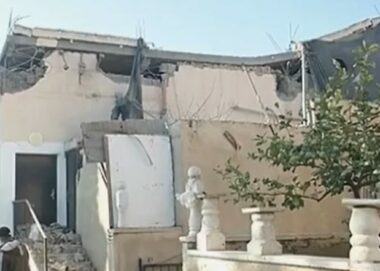 On Wednesday evening, an Israeli court denied an appeal against the demolition of a Palestinian home in Silat al-Harithiya town, west of the northern West Bank city of Jenin.

The Jaradat family told the Palestinian News & Info Agency (WAFA) that it was officially informed of the final decision after the court denied an appeal filed on their behalf by human rights groups.

Omar and his brothers, Gheith and Montaser Jaradat, and their mother, Itaf, own the home; they were all abducted by the army in December of 2021.

The Israeli army claims Omar and Gheith are responsible for the killing of a colonizer on the Jenin-Nablus Road in December.

The army had already demolished the homes of Mohammad and Mahmoud Jaradat and the inner walls of Gheith and Omar Jaradat’s home.

The Israeli home demolitions policy is an illegal act of collective punishment that violates International Law and all related human rights agreements.