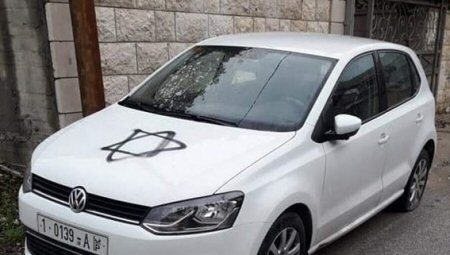 Israeli settlers attacked Palestinian-owned properties, in the Burqa village of the northern occupied West Bank city of Nablus, on Wednesday.

The windows of the vehicles were damaged, no injuries were reported, according to Ma’an News Agency.

Better known as “price tag” attacks, extremist Israeli settlers use violent acts of retribution on Palestinians and their property to demonstrate their opposition to Israeli restrictions on settlements and their outposts, in the occupied West Bank.

12/26/18 Army Injures A Palestinian Near Nablus