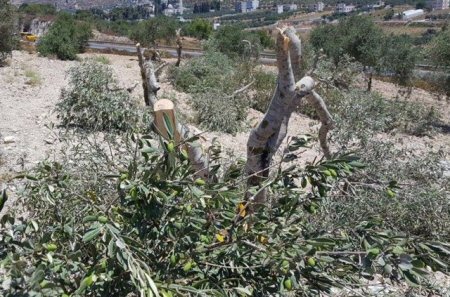 Rateb al-Jbour, coordinator of a local popular committee in the Hebron area, reported that Israeli forces demolished a greenhouse and uprooted olive trees after razing one dunam of land.

According to Ma’an News Agency, around 3,000 Israeli settlers live in illegal Jewish-only settlements in the Yatta region, according to the Applied Research Institute Jerusalem.

Masafer Yatta residents were expelled at the time of the establishment of a firing zone, in the 1970s, and were eventually allowed back following a long court battle, but are under the constant threat of being expelled or seeing their homes demolished.