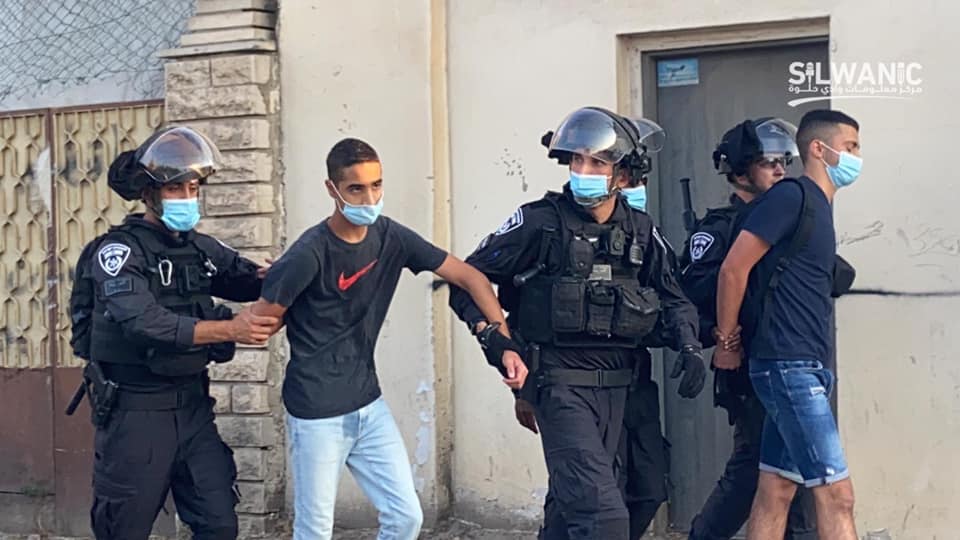 Israeli forces detained, on Saturday night, and at dawn on Sunday, a number of Palestinian young men from various towns in the occupied West Bank, according to the Wadi Hilweh Information Center (Silwanic).

On Saturday night, Israeli forces detained a young man, identified as; Amer Zidani, in the Bab al-Maghariba area of Jerusalem on his way home from work. He was released on the condition that he return today for further interrogation.

Local sources in Bethlehem reported the detention of Amer Taqateqa, 17, and Mohamed Taqateqa, 22, at dawn Sunday, from their homes in Beit Fajjar town, south of Bethlehem in the southern West Bank.