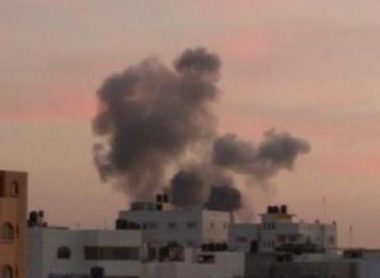 Palestinian medical sources have confirmed, on Sunday evening, that three residents were injured after an Israeli drone fired a missile at them while riding a motorcycle east of the Zeitoun neighborhood, east of Gaza city.

The sources said the three Palestinians were rushed to the Shifa Medical Center in Gaza city, suffering moderate-to-severe wounds.

The Palestinians were targeted by the drone in Malka Junction area, in the Zeitoun neighborhood, in Gaza city.

Furthermore, the army fired a tank shell at a site, east of the al-Boreij refugee camp in central Gaza, causing damage.

On its part, the Israeli army claimed it fired a missile at what was described as a “wagon transporting incendiary balloons,” wounding three Palestinians.