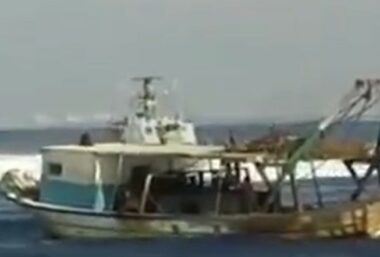 Media sources said the navy attacked the boats in Palestinian waters, less than three nautical miles from the Sudaniyya Shore, northwest of Gaza city, and chased them away.

They added that the attack caused damage and forced the fishermen back to the shore without being able to fish and provide for their families.