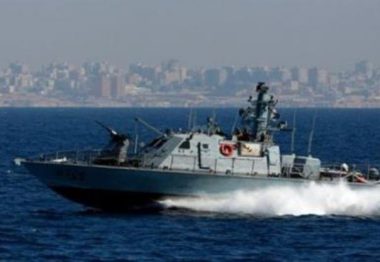 Nizar Ayyash, the secretary of the Palestinian Fishermen’s Syndicate, said the navy attacked the boats before abducting Mohammad Zayed, his son Tamer, Tawfiq al-Sultan and Ra’fat al-Sultan, and took them, along with their boat, to an unknown destination.

The latest attack comes despite a Tuesday evening Israeli decision expanding the fishing zone allotted for the Palestinians from three to six nautical miles, in northern Gaza, and nine miles in Gaza Valley area, and the southern part of the coastal region.

In February of this year, the Israeli navy killed a Palestinian fisherman, identified as Ismael Saleh Abu Ryala, 18, from Shati’ refugee camp, west of Gaza city, and injured two others.

In May of last year, the navy killed a fisherman as Mahmoud Majed Bakr, 25, in a similar violation, less than four nautical miles from Gaza shore.

Under the Oslo accords of the mid-nineties, the Palestinians are supposed to be allowed to fish within 20 nautical miles off the Gaza shore, but Tel Aviv has constantly violated the agreement.