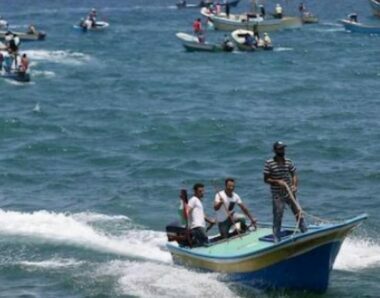 Israeli navy ships attacked, on Saturday evening, Palestinian fishing boats near the shore in Rafah, in the southern part of the Gaza Strip.

They added that the attack did not lead to casualties but forced the fishermen back to the shore without being able to fish and provide for their families.