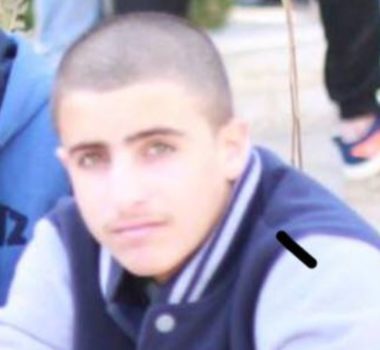 The Palestinian was later identified as Yousef Wajeeh Sohweil, 18, from Abwein village, northwest of the central West Bank city of Ramallah.

Israeli sources said the Palestinian came from the West Bank to attend Friday prayers in Al-Aqsa Mosque, on the last Friday of Ramadan.

It quoted the Superintendent of the Israeli Police in Jerusalem Micky Rosenfeld telling its reporter that one Israeli was stabbed and critically injured at Damascus Gate, and that the second Israel was stabbed and moderately injured when the Palestinian managed to make his way to the Old City, before the officers shot him dead.

Following the incident, the Israeli army and police significantly increased their deployment in the Old City, and all areas leading to the Al-Aqsa Mosque.

The soldiers started searching hundreds of worshipers, after ordering them out of several buses in Wadi al-Jouz neighborhood, and forced them to walk a large distance towards the mosque.

It is worth mentioning that today is the last Friday of the holy Muslim month of Ramadan.

Earlier Friday, the soldiers killed a Palestinian child near the West Bank city of Bethlehem, and injured a young man from Hebron, while trying to enter Jerusalem for Friday prayers in the Al-Aqsa Mosque.

Media sources said the soldiers shot and killed Abdullah Luay Gheith, 16, from the southern West Bank city of Hebron, after opening fire at him and several Palestinians, who were trying to enter Jerusalem from Wad Abu al-Hummus area, near the villages of al-Khass and an-No’man, east of Bethlehem.