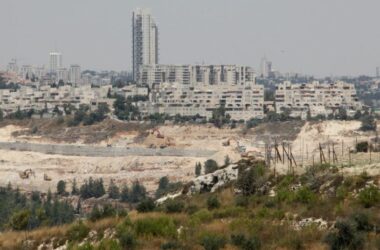 The Israeli government, headed by Prime Minister Benjamin Netanyahu, is set to approve 850 new units in illegal colonies, built on stolen Palestinian lands in the occupied West Bank, this week.

Netanyahu and his right-wing coalition partners are trying to speed up the approval of new colonies before the outgoing U.S. President, D. Trump leaves office, especially before the inauguration of President-elect Joe Biden.

Israel’s colonies in the occupied Palestinian territories, including in and around the occupied capital, Jerusalem, are illegal under International Law, the Fourth Geneva Convention, in addition to various United Nations and Security Council resolutions.

UN Security Council and UN General Assembly resolutions have condemned Israeli policies in all its forms, in the occupied Palestinian territories, whether it be the seizure of Palestinian land for various military purposes, the construction of illegal Israeli colonies, or the creation of bypass roads.