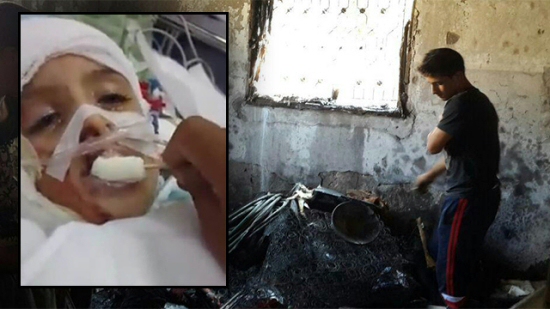 Israel’s Lod District Court convicted Israeli settler, Amiram Ben-Uliel, on Monday, for his involvement in the arson attack that resulted in the death of 18-month-old Ali Dawabsha, the Jerusalem Post reported.

Ben-Uliel was involved in the 2015  attack that killed the infant and severely burned his older brother Ahmad and both his parents, Reham and Sa’ad when the settler, with others, threw flaming Molotov cocktails into the family bedroom.

The attack occurred in Douma village, near the northern occupied West Bank city of Nablus. The mother and father of the infant both died of their wounds sometime after the attack, while 4-year-old Ahmad, suffered severe burns and is now 9 years old.

The court reportedly acknowledged that the murderous act toward the sleeping Palestinian family, was committed for ideological reasons and that Ben-Uliel confessed to the crime.

Prosecutors reportedly revealed that Ben-Uliel chose the Dawabsha family home and another dwelling the village, also spray-painted “Revenge” on the walls, prior to firebombing the homes, according to Quds News Network.

The indictment stated that Ben-Uliel surveilled the area with an unnamed minor, and the two agreed to carry out attacks, with the intent to kill Palestinians in their homes. The minor had murder charges reduced to conspiracy charges.

Ben-Uliel first threw a flaming Molotov cocktail through the window of an empty Palestinian home, and then came upon the Dawabsha home and threw a second burning bottle through the bedroom window, where the family slept.

Israel’s Haaretz reported that the settler was convicted of three counts of murder and two counts of attempted murder.

Haaretz further quoted Mr. Hussein Dawabsha, Reham’s father, who said “It won’t bring back my daughter; her husband and my grandson won’t return, but I don’t want another child to be in Ahmad’s place. We experienced a great trauma, and I won’t forget it in 100 years. I don’t want this to happen to another family.” Ahmad Dawabsha, the survivor of the arson attack that killed his parents and 18-month-old brother, sits under a poster portraying his family members at his grandparents home in the Israeli occupied West Bank village of Douma (AFP)