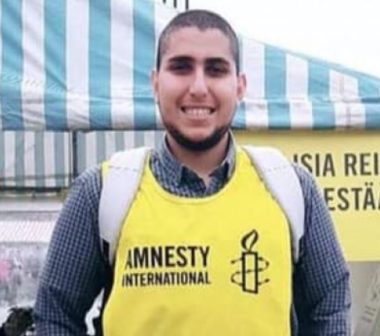 Israeli soldiers abducted, on Monday at dawn, a Palestinian scout leader and a basketball referee, identified as George Abu Ghazala, from his home in the central West Bank city of Ramallah, and took him to an unknown destination.

Media sources in Ramallah said the soldiers stormed George’s home and ransacked it, before abducting him, without providing any justification.

They added that he abducted Palestinian is a basketball referee and a senior leader of a local scout troop in Ramallah.

The Palestinian Basketball Federation issued a statement strongly condemning the abduction of the referee, and demanded international parties to intervene, especially amidst ongoing Israeli violations against sports in Palestine, and its targeting of athletes.