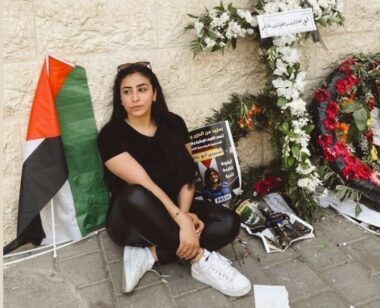 On Sunday, Israeli soldiers abducted a Palestinian journalist from her home in the occupied capital, Jerusalem, in the West Bank.

The source added that the soldiers violently searched the journalist’s home and abducted her before moving her to an interrogation facility in the city.

During the violent search of her home, the soldiers confiscated her laptop and phone.

The abducted journalist is a married mother of two children, five and three years of age.

The soldiers also invaded Jabal al-Mokabber town, southeast of Jerusalem, and closed several streets, obstructing the freedom of movement of the Palestinians.