Israeli Soldiers Abduct A Man And His Wife In Jerusalem 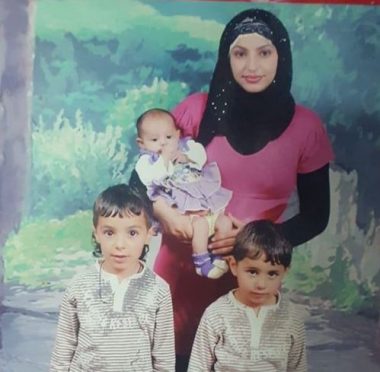 Israeli soldiers abducted, on Monday night after midnight, a Palestinian man and his wife from their home in the al-‘Isawiya town, in occupied East Jerusalem.

The two were taken prisoner when the soldiers stormed their property, just minutes after they returned home, and were moved to Salaheddin Police station for interrogation.

The Palestinian man, Waseem Obeid, was released after being interrogated for several hours.

He said that the soldiers refused to release his wife, under the allegation that she is staying in Jerusalem (with her husband) illegally.

His wife, Ibtisam, 35, was transferred to Ofer prison and interrogation center, near Ramallah, in central West Bank.

In late March of this year, the soldiers abducted Ibtisam from her home in Jerusalem, and detained her for several hours, before releasing her at Za’ayem military roadblock, outside of Jerusalem.

|Palestinian Dies from Serious Wounds He Suffered On May 14th|

Obeid, a native to al-‘Isawiya in Jerusalem, said he married Ibtisam, 16 years ago, and that they have been living with their children in their home in al-‘Isawiya since then, but Israel has been refusing to grant her a permit to stay in the city, under various vague allegations, due to Israel’s illegal policies against granting family unification to spouses of Jerusalemite Palestinians.

It is worth mentioning that the soldiers abducted, on Tuesday at dawn, 14 Palestinians, including an Palestinian author and mother, in several parts of the occupied West Bank.

Among the abducted Palestinians are a father and his son in Umm ash-Sharayet area, in Ramallah; their names remained unknown at the time of this report.

The soldiers also invaded a building in Abu Qash village, north of Ramallah, in an attempt to abduct Yahia Rabea’, the head of Birzeit University Students’ Council, but could not locate him.