Israeli Soldiers Abduct A Palestinian In Hebron, Injure Many Near Ramallah 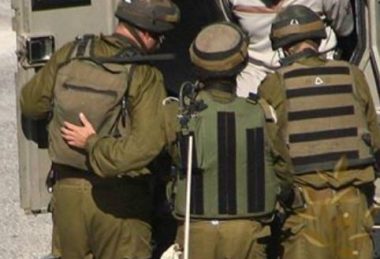 Israeli soldiers abducted, on Tuesday at night, a young Palestinian man in Hebron city, in the southern part of the occupied West Bank, and caused many Palestinians to suffer the severe effects of teargas inhalation near Ramallah, in central West Bank.

The Hebron office of the Palestinian Prisoners’ Society (PPS) said the soldiers abducted Mohammad Kayed Edrees, from the Old City, and took him to an unknown destination.

It added that the soldiers alleged finding a knife with the Palestinian, after stopping and searching him. The young man was apparently carrying a pocket knife, and did not attempt to attack the soldiers.