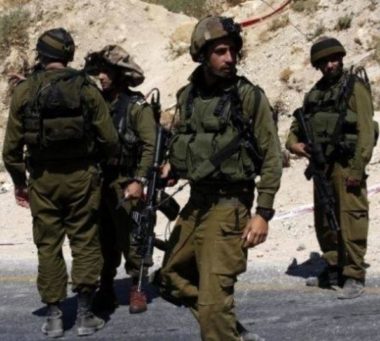 Israeli soldiers abducted, on Saturday at dawn, a young Palestinian man from his home in Silwan town, south of the Al-Aqua Mosque, in occupied East Jerusalem.

The Wadi Hilweh Information Center in Silwan (Silwanic) has reported that dozens of soldiers invaded the al-Ein neighborhood in Silwan, abducted a young man, identified as Eyad Ala’ Gheith, and took him to an interrogation facility.

The soldiers searched the young man’s home, and interrogated him along with his family, before abducting him.

In related news, an Israeli court in Jerusalem ordered a young man from Silwan, identified as Mohammad Odah, under further interrogation until this coming Monday. The Palestinian was taken prisoner last Tuesday.