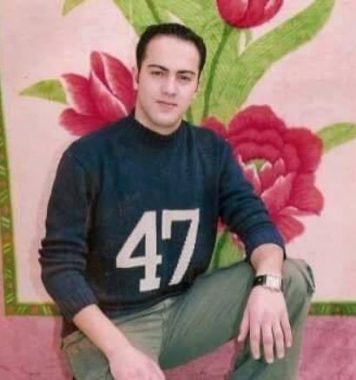 Israeli soldiers abducted, on Sunday afternoon, Mousa Mohammad Darwish, directly following his release, just as he was stepping out of the Negev Detention Camp, after serving a twelve-year sentence.

The Jerusalem Parents of Detainees Committee has reported that Israeli security officers abducted the detainee before he was even able to talk to his family and friends, who gathered in front of the detention camp.

The officers placed Darwish in their vehicle, and drove to an unknown destination, without informing him, or his family, about the reasons for abducting him.

Last week, many soldiers invaded his family’s home, and violently searched it, causing excessive damage, before abducting his brother, Majd, who was slapped with a six-month Administrative Detention order, without charges or trial, shortly after his abduction.

Mousa was abducted along with many Palestinians, members of the leftist Popular Front for the Liberation of Palestine (PFLP), Twelve years ago; he is from the al-‘Isawiyya town, in the center of occupied East Jerusalem.

Earlier Sunday, the soldiers invaded many homes in al-‘Isawiyya, violently searched them, and abducted siblings and friends of Darwish, in addition to assaulting his brother Rashid.