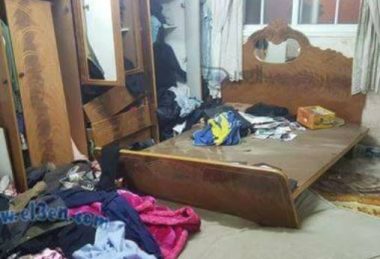 Israeli soldiers abducted, on Friday at dawn, a young Palestinian man from his home, in Kufur Qaddoum town, east of Qalqilia, in the northern part of the occupied West Bank.

Morad Eshteiwy, the media coordinator of the Popular Committee against the Annexation Wall and Colonies in the town, said the soldiers stormed and ransacked many homes, and abducted Ahmad Abdul-Salam Jom’a, 21.

Eshteiwy added that owners of some of the invaded homes have been identified as Akram Abdullah, Abdul-Razeq Amer and Mofeed Barham.

The invasion led to clashes between the soldiers and many local youngsters, who hurled stones at the military vehicles, while the army fired gas bombs and rubber-coated steel bullets.