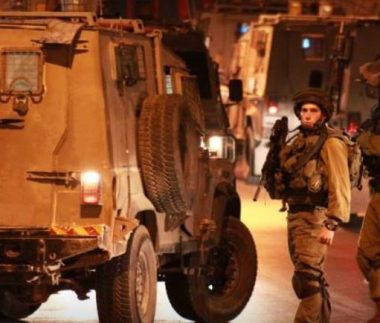 The soldiers also installed a roadblock, before stopping and searching dozens of cars, abducted a lawyer, identified as Ibrahim Abdul-Basset Yassin, 28, and confiscated his car.

Also at dawn, the soldiers abducted a young Palestinian man from his home, in Kufur Qaddoum town, east of Qalqilia, in the northern part of the occupied West Bank.