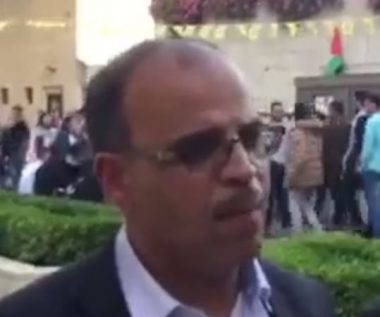 Update:The army released the Dean of Students,  in the afternoon hours of the day.

Israeli soldiers abducted, on Tuesday at dawn, the Dean of Students of Bethlehem University from his home in the Saff Street, in the center of Bethlehem city.

The Palestinian Prisoners’ Society (PPS) said the soldiers stormed and ransacked the home of Mahmud Mohammad Hammad, 47, and abducted him.

It added that the soldiers also invaded Beit Sahour city, Hindaza and Janata area, east of the city, and searched several homes.

In related news, the soldiers invaded the al-Basateen Street, in the northern West Bank city of Jenin, and demolished the family home of detainee Ahmad al-Qonba’.