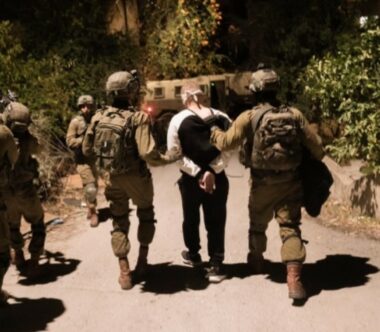 On Monday dawn, Israeli soldiers abducted six Palestinians from Bethlehem, including four construction workers, and two in Hebron, in the occupied West Bank.

In Hebron city, in the southern part of the West Bank, the soldiers abducted Nour Abu Aisha, 35, from his home, in addition to Mohammad Abdul-Mo’ti Ghatasha, 21, from the Al-Fawwar refugee camp, south of the city.