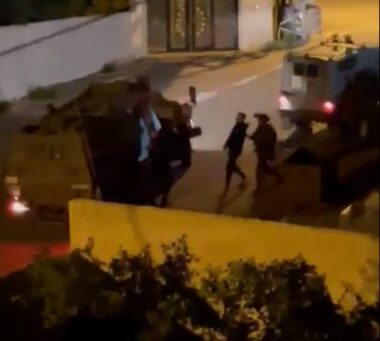 In Hebron, in the southern part of the West Bank, the soldiers abducted Ammar Mohammad Al-Ja’bari, 20, from his home in the city, and former political prisoners Nasr Rajoub and Moshir Shahateet from their homes in Doura town, south of Hebron, in addition to Ala’ Anis Abu Mariya, 25, from Beit Ummar, north of Hebron.