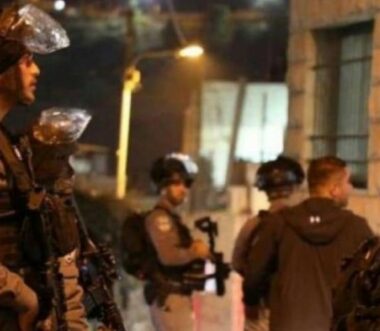 The soldiers also invaded the Al-Khader town, south of Bethlehem, and summoned Emad Mahmoud Salah, 39, for interrogation at the Etzion military base after breaking into his home and searching it. Salah is a former political prisoner who was held by Israeli for four and a half years.

In the southern part of the West Bank in Hebron, the soldiers invaded Tarqoumia town, west of the city, searched homes, causing damage, and abducted a young man, Mohammad Hasan Fatafta.

The soldiers interrogated Mofeed, the father of a political prisoner, Laith Abu Gholmy, and his family for several hours before withdrawing.