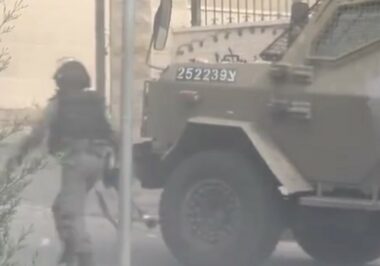 On Sunday at dawn, Israeli soldiers abducted three young Palestinian men from Bethlehem governorate, one in Jerusalem and one in Hebron, in the occupied West Bank.

They added that the soldiers abducted Mohammad Ayman Taqatqa, 20, and Mo’tasem As’ad Taqatqa, 20, from their homes.

In addition, the soldiers invaded Sur Baher village, southeast of occupied Jerusalem, and abducted Abu al-Mo’tasem Atwan from his home.