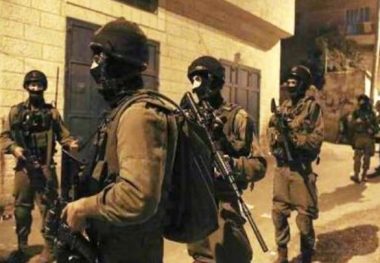 Mohammad Awad, the media spokesperson of the Popular Committee in Beit Ummar, said the soldiers invaded homes in downtown and al-Bayyada areas, and abducted three Palestinians.

The soldiers also abducted Mohammad Ghazi Za’aqeeq, 20, and Mohammad Mahmoud Awad, 16, after breaking into their homes and searching them.

Awad also stated that the soldiers have abducted 28 Palestinians, including eleven children, in Beit Ummar, since the beginning of this year.

In addition, the soldiers abducted Yousef Shahin and Nour al-Bustanji, in the Shajna Valley area, in Doura, after invading their homes and violently searching them.