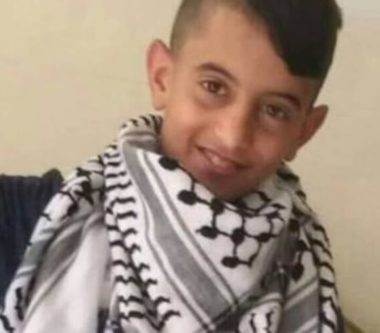 Silwanic added that the five abducted children are from Silwan town and the at-Tour neighborhood, in Jerusalem.

On Monday at dawn, the soldiers abducted six Palestinians, including five former political prisoners from their homes in Jenin governorate, in the northern part of the occupied West Bank.

Furthermore, the soldiers shot a Palestinian man in his own home, and abducted his son, in Halhoul town, north of Hebron, in the southern part of the occupied West Bank. The army also abducted four other Palestinians in Hebron and Ramallah.

It is worth mentioning that the soldiers abducted, at dawn, at least seventeen Palestinians from their homes, in several parts of the West Bank.

In Nablus, in northern West Bank, a Palestinian infant was injured after a group of illegal Israeli colonialists hurled stones at her family’s car.