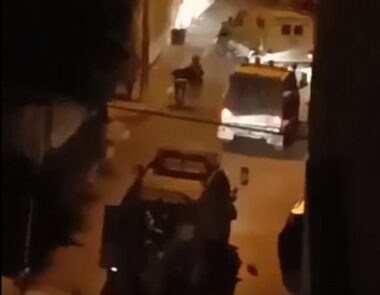 On Thursday dawn, Israeli soldiers abducted seven Palestinians from Nablus and Jenin, in the northern parts of the occupied West Bank.

The soldiers then abducted Mohammad Fattoum and Khaled Ala’ Tawil from the Al-Marreekh Street area and Samsam Al-At’out from the Northern Mountain area.

In addition, the soldiers invaded and ransacked the home of Mohammad Jouri in the At-Tal Street area in Nablus and abducted him. 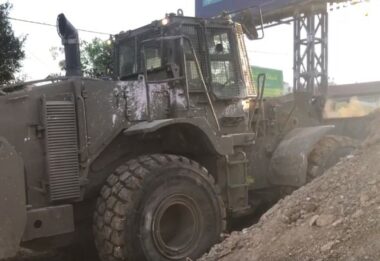 The soldiers also reopened the Huwwara military roadblock south of Nablus and removed the dirty hills that were installed at the entrance of Deir Sharaf village and Zawata road.

In Jenin, in the northern West Bank, the soldiers abducted Tareq Ghassan Zogheibi, from his home in the Kharrouba neighborhood.

Furthermore, the soldiers invaded Tubas in the northeastern West Bank, before storming and violently searching the home of a former political prisoner, Bassam Maslamani.

Bassam is a political leader of the Popular Struggle Front and a member of the coordination committee between the Palestinian political factions.

Also, the soldiers abducted five Palestinians in Ramallah and Bethlehem after invading their homes and searching them.