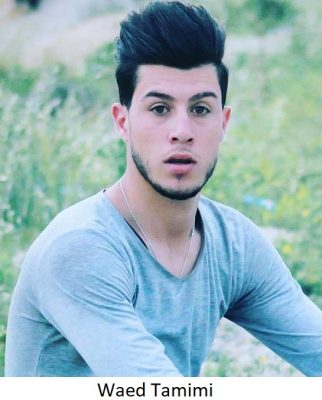 Israeli soldiers abducted, on Thursday at dawn, four young Palestinian men from their homes in Qalqilia, Jenin and Ramallah, in the occupied West Bank, after the army broke into and searched many homes and buildings.

The Qalqilia office of the Palestinian Prisoners’ Society (PPS), in northern West Bank, said the soldiers installed a sudden military roadblock at the northern entrance of Azzoun town, east of the city, searched many cars and abducted Hamed Zaki Badran, 24, and Jihad Samer ‘Adwan, 22.

In addition, the soldiers invaded Methaloon town, south of the northern West Bank city of Jenin, violently searched many homes and abducted a young man, identified as ‘Obeida Ibrahim No’eirat.

The army also invaded Jenin city, before storming into many homes owned by members of Abu al-Haija family in the al-Hadaf neighborhood, and violently searched them while interrogating the families and inspecting their ID cards.

Furthermore, the soldiers invaded Nabi Saleh village, northwest of the central West Bank city of Ramallah, and abducted Wa’ed Tamimi from his home, after searching it. Wa’ed is a student at Birzeit University.

Waed is the brother bother of teenage the detained nonviolent activist, Ahed Tamimi, who was abducted and imprisoned by the army, and was sentenced to eight months in prison.

Ahed Tamimi was abducted on December 19, 2017 after her mother, Nariman Tamimi, also a prominent activist, posted the footage of her altercation with Israeli soldiers online. Nariman Tamimi was arrested later that day, while Ahed’s cousin, Nour Tamimi, was arrested the following morning. Nour was released on 5 January pending trial, and was sentenced to the time she had already spent in prison.