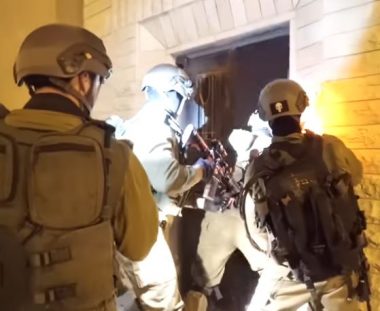 Israeli soldiers abducted, on Sunday at dawn, nineteen Palestinians, including children, in several parts of the occupied West Bank, including East Jerusalem.

The Israeli army believes that Abdul-Hakim is behind the fatal stabbing attack, which was carried out on February 05, 2018, outside an entrance to ‘Ariel’ settlement in the central part of the West Bank, leading to the death of Itamar Ben Gal, 29.

Furthermore, the soldiers invaded Beit Sahour city, east of Bethlehem, and abducted Mousa Yacoub, 30, from Breid’a area, after storming his home, and illegally confiscated cash during searches of homes. 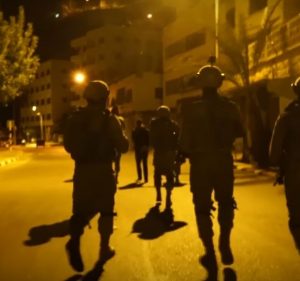 In Hebron, in the southern part of the West Bank, the soldiers invaded the Ramadin town, south of the city, searched several homes and abducted Mahmoud Sa’id Azazma, in addition to Hamza Amjad at-Teet.

In addition, the soldiers invaded many homes in Biddya town, west of Salfit city, in central West Bank.