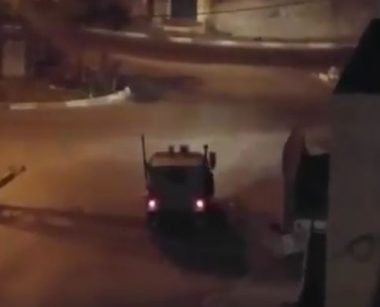 Media sources in Beit Ummar said the soldiers abducted a Palestinian, whose identity was still unknown at the time of this report, and took him to a nearby military base.

They added that the soldiers also confiscated two Palestinian cars in the town, in addition to stopping and searching dozens of cars, and interrogated many Palestinians.

The soldiers took the car keys from the Palestinians while interrogating them and inspecting their ID cards, and later returned them, except for the two cars which were confiscated and taken away.