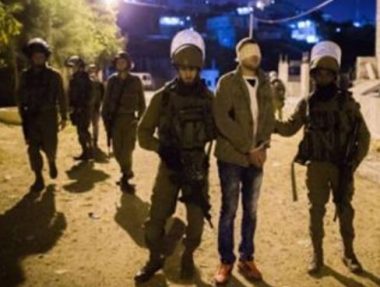 The PPS stated that the soldiers conducted violent searches of homes, and interrogation many Palestinians while inspecting their ID cards.

In Ramallah, in central West Bank, the soldiers abducted one Palestinians, identified as Adham Kamel al-Awadi.