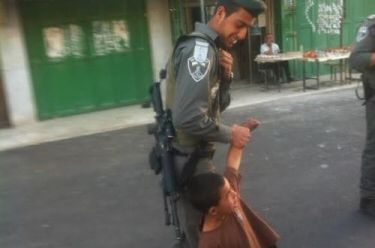 Israeli soldiers abducted, on Wednesday at dawn, six Palestinians, including three children, in Jerusalem and Bethlehem governorates, in the occupied West Bank, after the army invaded many homes and violently searched them.

It added that the soldiers also invaded and searched homes in Husan town, west of Bethlehem, and abducted Ibrahim Khaled Hamamra, 20.

Furthermore, the soldiers invaded and searched homes in Beit Fajjar town, south of Bethlehem, and interrogated the families.

It is worth mentioning that the army said that its soldiers have arrested ten Palestinians, in several parts of the West Bank, in addition to confiscating six lathe machines, in the northern West Bank city of Nablus, allegedly used to manufacture weapons, and 10.000 Shekels from a few homes.