Israeli Soldiers Abduct Three Palestinians In Jenin, One In Tulkarem 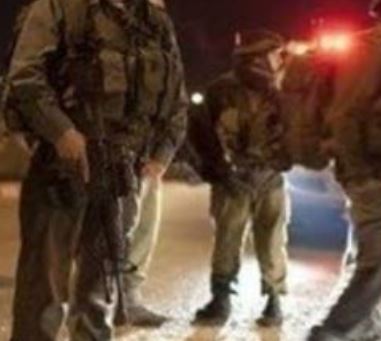 The Jenin office of the Palestinian Prisoners Society (PPS) has reported that the soldiers ransacked many homes in Fahma village, and abducted Shafiq Mahmoud Sa’abna, 27, Salam Sa’abna, and lawyer Luay Ahmad Sa’abna, 35.

The army caused excessive damage to the searched homes, and confiscated the car of the abducted lawyer, before moving the three Palestinians to an unknown destination.

In Tulkarem, also in the northern part of the West Bank, the soldiers invaded homes in Tulkarem refugee camp, searched them, and abducted a young man, identified as Amir Srouji, 23.

Also at dawn, dozens of soldiers invaded the Deheishe refugee camp, south of the West Bank city of Bethlehem, and clashed with local youths, before shooting and seriously injuring a young man, and abducted eight Palestinians during violent searches of homes, in Bethlehem district, including three in Deheishe.