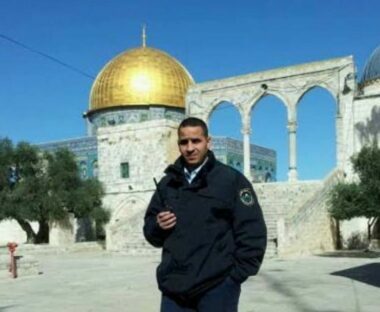 On Saturday evening, Israeli soldiers abducted three Palestinians, including a guard of the Al-Aqsa Mosque, in Jerusalem and Ramallah, in the occupied West Bank.

Media sources said the soldiers abducted Hamza Khalaf, a guard of the Al-Aqsa Mosque, after stopping him near the Chain Gate leading to the holy site and took him to an interrogation center.

It is worth mentioning that the army frequently attacks, injures, interrogates, and abducts the civilian guards of Al-Aqsa and issues orders barring them from entering the holy compound for different periods varying between three to six months, and sometimes these orders are renewed.

In Ramallah, in the central West Bank, the soldiers abducted two former political prisoners, Mohammad Tha’er Abu Alia and Amer Atef Abu Alia, from the al-Mughayyir village northeast of Ramallah, after stopping them at a sudden roadblock the army installed at the eastern entrance of the village.