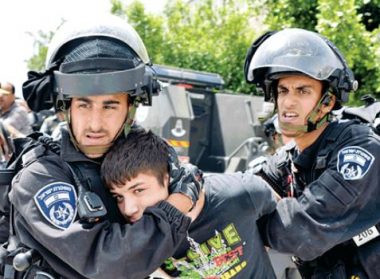 Mohammad Salah, the coordinator of the Popular Committee against the Annexation Wall and Colonies in al-Khader, said dozens of soldiers invaded the Old City, especially around the schools’ area, and fired many gas bombs and concussion grenades.