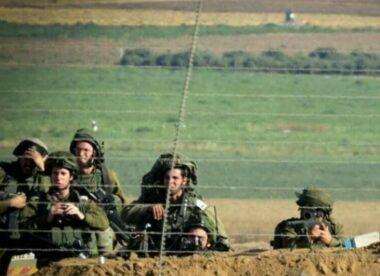 Eyewitnesses said the soldier abducted the two Palestinians on lands near the perimeter fence, east of Khan Younis.

The identities of the two abducted Palestinians remained unknown at the time of this report.

The soldiers also fired several live rounds at farmers and shepherds near the perimeter fence in several areas of the eastern parts of the Gaza Strip.